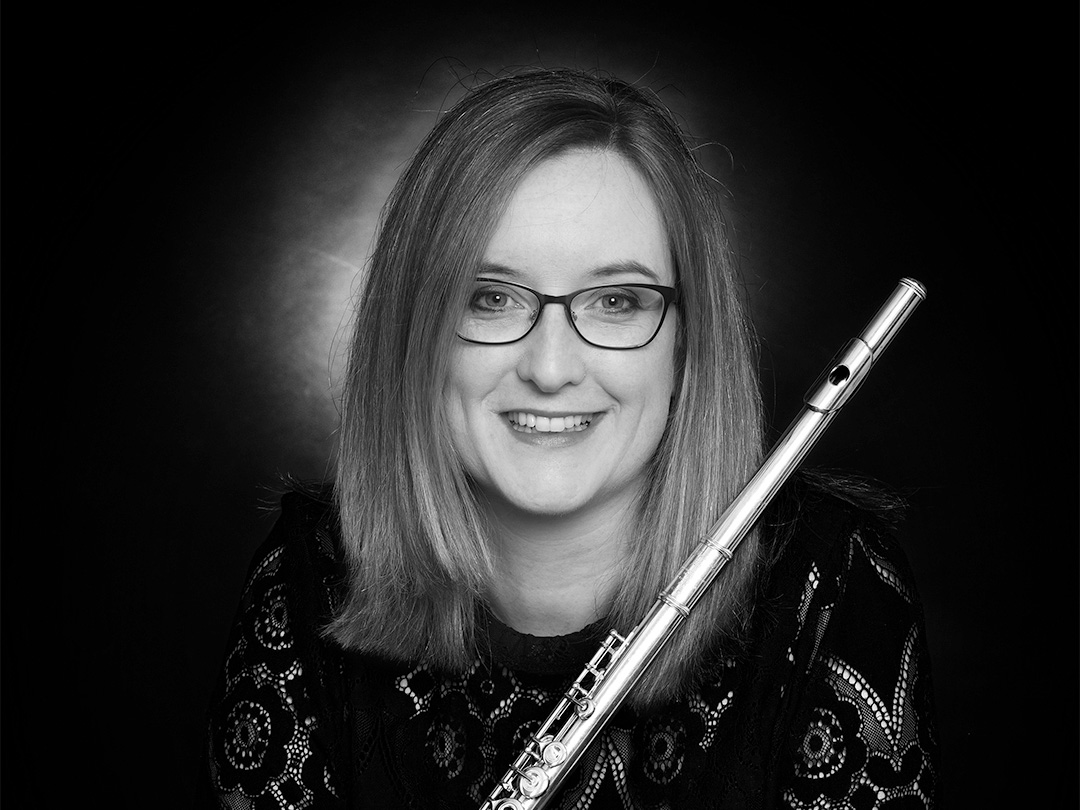 Cork born flautist, Maria Mulcahy enjoys a diverse musical career as a soloist, freelance orchestral player, chamber musician, lecturer, flute teacher, conductor and typesetter.
In her early years, Maria started her music education journey at the Ballincollig Centre of the then County Cork VEC music scheme where she had flute lessons with John O’Connor and attended the Ballincollig Concert Band twice weekly. She enjoyed all the opportunities she gained in her teenage years playing at musicals, in the community and touring. This led to gaining a place in the National Youth Orchestra of Ireland and the Irish Youth Wind Ensemble, with whom she has also tutored.

She has a first-class honours Undergraduate Degree and Masters Degree in Flute Performance from the CIT Cork School of Music and in those years took part in various masterclasses in Ireland and abroad with some of the world’s leading flautists, including Sir James Galway, Anna Noakes, Keith Bragg and Rachel Brown. She also specialised in conducting and has partaken in various conducting courses.

Solo engagements have included a concerto performance with the Cork School of Music Wind Ensemble and various solo performances with the Cork Fleischmann Symphony Orchestra as part of Cork Midsummer festival and more recently performing some of Vivaldi’s Four Seasons on the flute. She has also performed flute and piano recitals in Cork at the Crawford Art Gallery, Alliance Francaise and Maryborough House Hotel as well as in the John Field Room at Dublin’s National Concert Hall.

As a chamber musician she enjoys performing with her flute quartet, ‘Hifilutin’ who perform a wide variety of genres. She also plays with flute, viola, harp trio ‘Les Trois’. Maria is part of various other chamber groups and has played for Classical Kids in the National Concert Hall, Dublin and at the Kinsale Arts Festival. As well as performing chamber music, Maria has coached with the IAYO and numerous small groups, most notably the ‘Fluteenys’ Flute Quartet who performed at the Late Late Toy Show as well as at countless charity events.

Maria teaches flute with the Cork ETB School of Music and conducts the Ballincollig Youth Band. She also lectures on the BMUS and BA in Musical Theatre courses at the MTU Cork School of Music. She has delivered numerous masterclasses around Ireland including workshops and a solo recital at the Limerick School of Music. Maria is a founding member of the Cork Flute Society.

END_OF_DOCUMENT_TOKEN_TO_BE_REPLACED 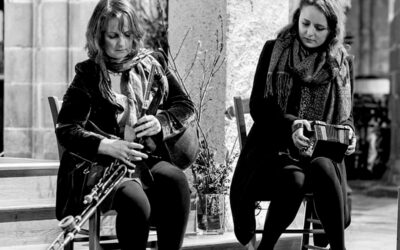