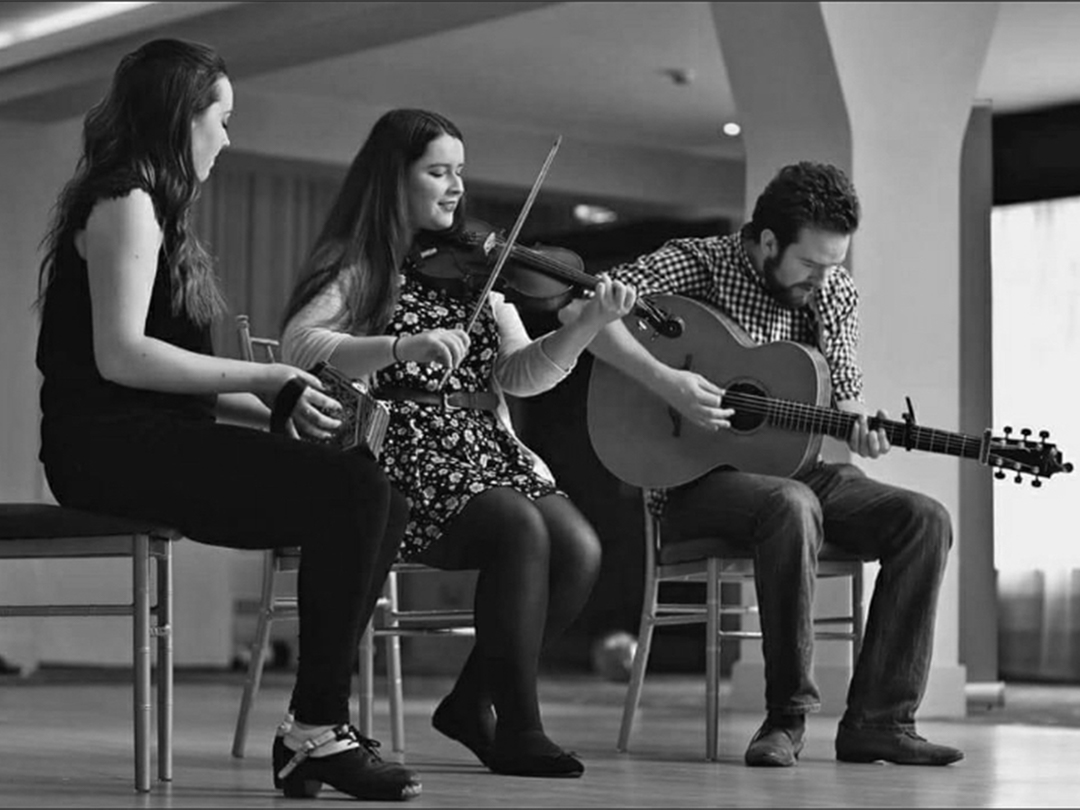 Abby Ni Loingsigh began her music education with Cork ETB aged 6. She studied Violin under Ciaran Deloughry and Piano under Dave O’Sullivan and Ann Healy-Mayes, reaching Grade 8 in both instruments. During this time she also played as leader of the ETB Senior Orchestra and formed the Síóg String Quartet, who still perform frequently together. After completing her Leaving Cert, Abby went on to study violin in the Cork School of Music, graduating in 2016 with an Honours BMus. During this time she also studied traditional fiddle under Johnny McCarthy, winning the title of Best Traditional Performance in the School’s 2016 Recital Competition.

While studying in CSM Abby was a member of several award-winning choirs, most notably Voci Nuove, who were named Ireland’s Choir of the Year at the 2015 Cork Choral Festival, and she frequently performed with St. Finbarre’s Choir under Peter Stobart.

Immediately after graduating, she began a stint as a performer in Disney World. Orlando, where she frequently performed to thousands in an Irish Music and Dance show. During this time, she released an album with the band “Swinging on the Gate” and has been featured on several other recordings. Her duo “The Rolling Wave” released their first album in 2018 and are currently working on a new project.

In 2019, Abby was a member of the winning duet at Oireachtas na Samhna in the ‘Ceol Beirte’ competition. The winning performance has been frequently played on Raideo na Gaeltachta and is featured on the Oireachtas album of 2019. She is also a member of the Cork Concert Orchestra, performing with them several times from 2017-2019.

Since returning from Florida in 2017, Abby has been working as a violin and piano teacher in Musica Fusion School of Music, Charleville. She continues to teach in both Classical and Traditional styles and also frequently arranges and writes for the school’s orchestra and chamber groups.