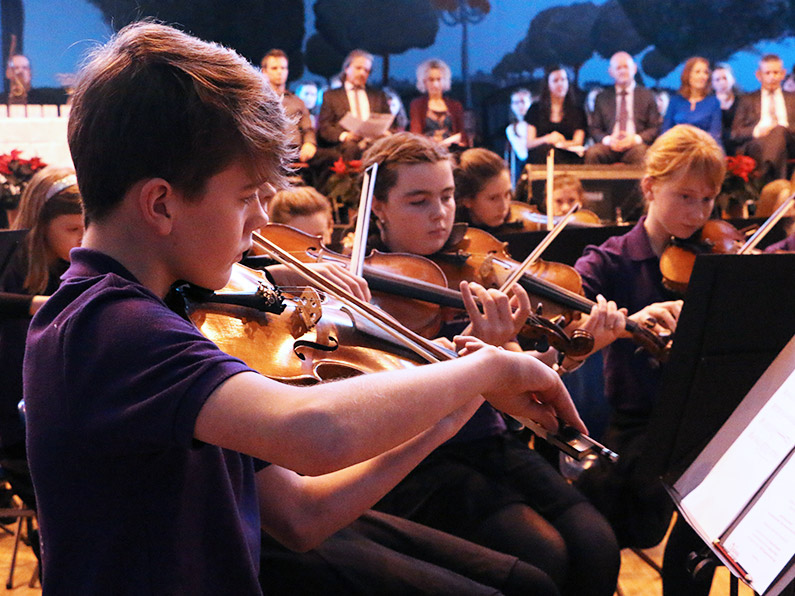 The Cork ETB Junior Orchestra was initiated in 2000 as a gateway orchestra to the CETB Youth Orchestra with the aim of training young musicians in the discipline and skills required to participate in an orchestra. The orchestra is an important part of the progressive development of music organised by the Cork ETB School of Music under the aegis of Cork ETB.

Membership is open to young string, wind and percussion players from Grade 2 up to Grades 4/5. A concentrated rehearsal session is held every two to three weeks at Coláiste Choilm, Ballincollig. Since its inception the orchestra has given many performances around Cork and enjoys a centre stage at the Cork ETB School of Music’s annual Gala Concert. In February 2009 and 2015, the orchestra travelled to Dublin to perform in the National Concert Hall at the 14th and 20th National Festival of Youth Orchestras organised by the Irish Association of Youth Orchestras in addition to two performances at the Coole Music Festival in Galway in 2013 and 2016. 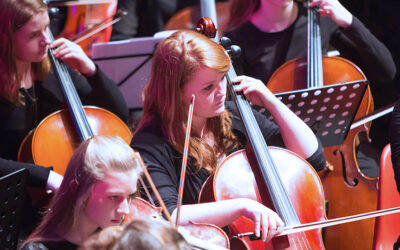 The Cork ETB Youth Orchestra brings together the best young instrumentalists from the various centres of the Cork ETB School of Music and affords...